Counseling in Indianapolis, Zionsville, Carmel, IN 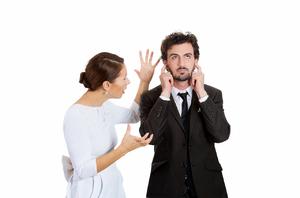 The course of  most long-term couple relationships can be divided into three stages: early (preparental), middle (parental), and late (postparental). Different goals are associated with these three stages. Young couples are more concerned with personal growth; middle-aged couples, with instrumental, practical goals; and older couples, with companionship (Mitchell, 2016).

However, couple discord can certainly disrupt satisfaction at any stage.  Fortunately certain factors can inoculate against the destructive effects of discord. Mitcell (2016) reported that research has consistently found that good conflict resolution skills, physical intimacy, supportive social networks, and positive interactions can be protective influences. Older couples, in particular, emphasize the positive and regulate emotions in negative interchanges (Smith & Baron, 2016). Their modulation of conflicts may make a major contribution to their increase in relationship satisfaction.

If you decide that your partnership is lacking in these protective factors and want to consider psychotherapy, you are welcome to contact me .

Mitchell, B. A. (2016). Happily ever after? Marital satisfaction during the middle adulthood years. In J. Bookwala (Ed.), Couple relationships in the middle and later years: Their nature, complexity, and role in health and illness (pp. 17-36). Washington, DC: American Psychological Association. http://dx.doi.org/10.1037/1489