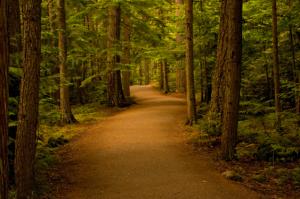 Over the last couple of decades, mindfulness meditation (hereafter, MM) techniques have been integrated into a variety of approaches to psychotherapy. Rooted in Buddhism, its techniques have become westernized, medicalized, and secularized (and some would say sanitized). In the process , MM has been adapted to meet psychology's goal of the alleviation of stress , anxiety , depression , and other ailments.

A cogent definition of MM is the purposeful direction of nonjudgmental attention to the present moment. By encouraging deliberate attempts to be present in the here-and-now, MM increases awareness, calm alertness, and self-acceptance. Actual practices vary across the many meditation traditions and even within traditions. The variations, however, can be divided into two dominant styles: focused-attention and open-monitoring (Davidson & Kaszniak, 2015; Lutz, Jha, Dunne, & Saron, 2015). Focused-attention is generally practiced first. After some competence with sustained attention is attained, open-monitoring may be introduced.

Focused-attention meditation begins with concentration on a particular object, such as the breath, an image, a word, or a sensation. In spite of the determination to stay focused, the mind will wander. Part of the discipline is to become aware of the lose of focus. After becoming aware that the mind is wandering, one's attention is gently, without self-criticism, redirected back to the original focus. As focused-attention develops, open-monitoring can be added. It requires a release of the effort needed to keep a continuous focus. Instead, a wide-ranging, nonreactive experience of whatever arises in the moment is encouraged. There is the acceptance of whatever is happening externally and internally, from bodily sensations, to sights and sounds, to thoughts and feelings. Experiences come and go as they will, without judgments being made about them and without attempts to change them or to focus on any one in particular.

Some critics are concerned that MM has become too detached from its Buddhist origins and purposes ( Harrington & Dunne, 2015). There is also the concern that MM has been oversold because claims have been made about benefits that are not to be had through MM alone. Like the elixirs touted in the old-time medicine shows, MM cannot cure whatever ails you, It is not a panacea. Nevertheless, MM techniques as applied in psychotherapy do seem to achieve positive results. In the last few years, many meta-analytic studies have shown its effectiveness. Lu (2015) noted that up to 80% of people with a major depressive disorder are likely to relapse. Lu proposed that mindful meditation may well be as effective in preventing depression relapse, if it is continued as a practice, as maintenance antidepressants.The consensus is that MM works (Dimidjian & Sega, 2015; Harrington & Dunne, 2015).

If you are interested in combining mindfulness meditation with psychodynamic and cognitive behavior psychotherapy therapy, please CONTACT ME .