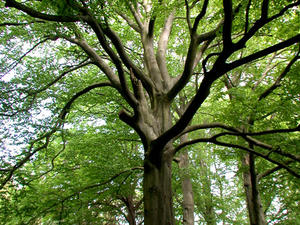 Who among us hasn't  felt stressed? We live in a pressure cooker sort of world. The pace is fast and the demands are many. "Staying calm while carrying on" can seem next to impossible. Stress comes from the outside in. It is a term used to describe the distress caused by identifiable circumstances that are difficult to handle. When stress becomes too much, "I feel overwhelmed" is a frequent state of mind.

Stress comes in a lot of sizes along the continuum of intensity from severe to none. There are other classifications in addition to intensity. Stress may be long-term (chronic) or brief (acute). It may arise from a single event, come in multiples, be recurrent, or become continuous (DSM-5, 2013). It can be difficult to cope with life's unexpected jolts, but also its ordinary transitions, such as marriage, divorce, relocation, and retirement, can be challenging as well. Whatever form it takes, it makes life harder.

Only rarely do most of us experience extended periods of time with minimal to no stress. In fact, a lot of people feel a lot of stress. Since 2007, the American Psychological Association has commissioned yearly nationwide surveys of stress in America (See 2012 & 2013 reports). The 2012 survey found that on a scale from 1 to 10, the average American adult scored 4.9, and as many as 20% of the sample scored at 8 or higher. The survey results for 2013 showed a higher average of 5.1, while a healthy level was rated at 3.6.  Forty-two percent said their stress levels have increased and 36 percent said there has been no change in five years. Could this be an an epidemic?

Psychotherapy can be helpful in finding ways to manage stress. Talking to a therapist can be comforting in itself. Time can be taken to sit back and talk about how to cope with the stressor(s). Does the stress need to be reduced, changed, accepted, or handled differently? If it is to be handled differently, how? Coping strategies can be devised, tried out, and their outcomes, evaluated. Adjustments can be made.